Home » Chief Leo Friday: The leader who prays with his people before he goes to bed at night

Chief Leo Friday: The leader who prays with his people before he goes to bed at night 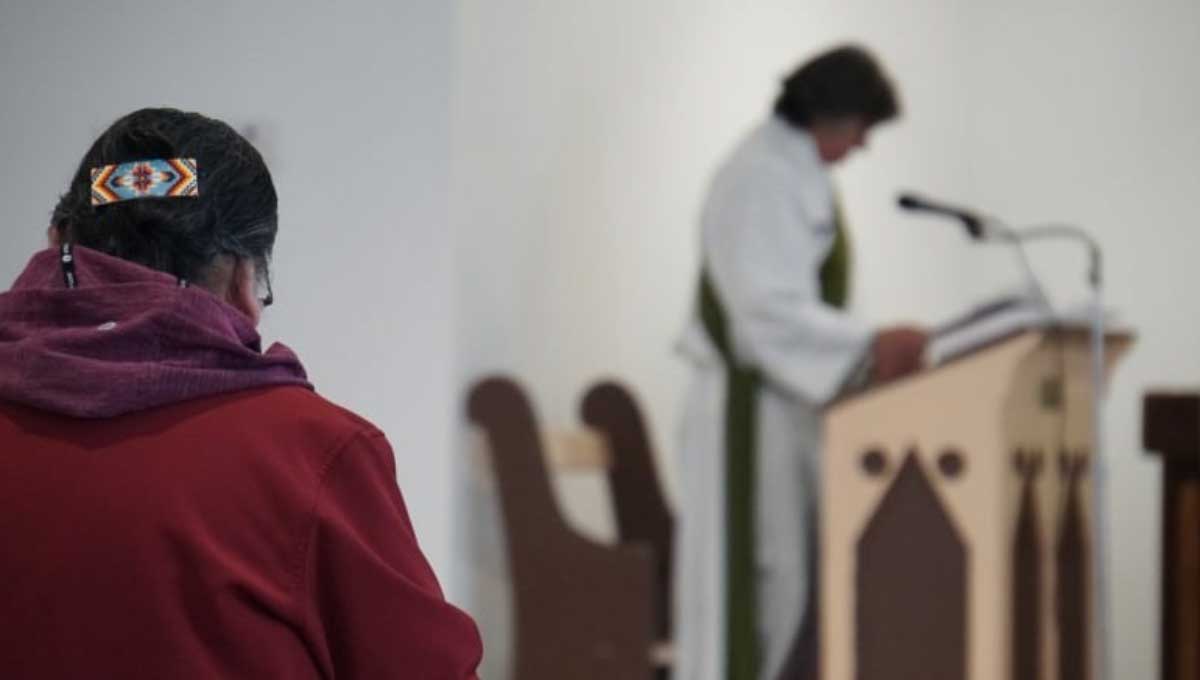 These are the words used by Chief Leo Friday to describe how the people of the First Nation community of Kashechewan are feeling now that help from the armed forces has arrived to assist with the Covid-19 crisis.

In a conversation today with Chief Friday, who also serves as the Incumbent of St. Paul’s Anglican Church, I learned more about the immediate work that will be undertaken by members of the armed forces and the Red Cross who have mobilized a small team to help in the community. Chief Friday noted that this work will be ‘temporary’ to try and alleviate the growing and alarming Covid crisis. He added that there still remains the long-standing issues of overcrowding and poor housing that must be addressed by the Government in the near future. Some three bedroomed houses in Kashechewan are home to as many as eighteen individuals. In other equally small houses up to four families are residing in one residence. Avoiding the “Three Cs” of crowded places, close contact settings and confined and enclosed spaces as a means of eliminating the spread of Covid-19 is impossible in these living conditions.

Chief Friday’s hope is that within the coming days tents will be set up to be used for those members of the community who need to isolate or quarantine. He also spoke about nurses coming to help at the Primary Care Centre in the community.

One of the most concerning things about the rise in cases in Kashechewan is that it is affecting youth and children who are functionally unable to self-isolate. “The children and youth are finding this very difficult,” he said. “They don’t like to be indoors isolating but want to be outside playing with their friends, especially in the good weather.” None of the schools in Kashechewan are open.

On Saturday there were 198 cases of Covid-19 in Kashechewan and by Sunday evening that number had risen to 222 people testing positive in a community of 1800. Of these 144 are under 18.

The youth are more affected partly due to successful vaccination campaigns for adults over the past months. “I think it might also be due to children growing up in overcrowded homes, many of which have dangerous levels of mold. Many already have lung and skin problems. Our community was put here by the government in a swampy area that floods in many spring-times. We have been promised support to build a new community in a better location many times, but it always gets delayed.” the Chief said in a recent statement (Media Release by First Nation of Kashechewan on Monday June 14th, 2021).

Chief Friday pointed out that there is a major infrastructure deficit in the remote First Nations. “Our water and sewage systems desperately need upgrades so that they are reliable and so we can build more homes. Our nursing station is too small, with not enough rooms for the staff to work in and no space for mental health counselling services. I am calling on Prime Minister Trudeau to commit to a plan to resolve these long-term issues so that we will not be facing another crisis down the road.” (Media Release by First Nation of Kashechewan on Monday June 14th, 2021).

In addition to the immediate crisis of care for this First Nations Community, food supplies, according to Chief Friday are ‘tight’. He told me that a plane comes into Kashechewan daily with fresh supplies and the manager of the local store is doing very well under the circumstances. Chief Friday says that any funds he receives from donations will be given directly to members of the community who are struggling—many of them are elders.

My conversation with Chief Friday ended with an apology that he had not been in touch with me on Sunday evening, as promised. “I was on the radio,” he said, “Praying with my people and giving them an update on the day. I do that most nights before I go to bed. Pray with the community.” The First Nation community of Kashechewan are blessed to be led by such a godly man as Chief Leo Friday. “Also known as Reverend,” he reminded me!

This evening Chief Friday’s update and prayers will include a message and prayer from me assuring the people of Kashechewan that the wider church is praying for them—for an end to the crisis, for an answer to their housing needs, for the good health of all community members, and for strength and courage to face the coming days.

Prayer for Kashechewan in the Covid crisis

I will say of the Lord, ‘You are my refuge and my fortress, my God in whom I trust.’

Creator God, we lift up the First Nations community of Kashechewan
to your care and keeping.

We pray for young people and the elderly who are most vulnerable.
We pray for those who are sick, isolating and afraid.
We pray for assistance so that the spread of Covid-19 will stop.
We pray for Chief Friday and members of the Band Council.
We pray for members of the armed forces, the Red Cross and all who are working to help at this time.
We pray that we will have compassion for the people of Kashechewan.
We pray for long term solutions to the housing and water crisis.

Compassionate God, draw close to the people of Kashechewan and all who seek your refuge and strength this day.

What can we do to help?

Donations are now being gratefully received in support of the Covid crisis in Kashechewan First Nation, in the Diocese of Moosonee. 100% of all donations will go directly to the Chief of Kashechewan, Leo Friday, who also serves as the Anglican priest in that community. The Chief will use the funds at his discretion in situations of greatest need. We hope to send the first instalment to Chief Friday by Wednesday of this week.

Donations may be made in the following way:

PrevPreviousPrayer Service for National Indigenous Peoples Day
NextThank you for your support for KashechewanNext
About us
The Diocese of Moosonee straddles both northern Ontario and Northwestern Quebec covering some 560,000 sq kms, second to the Diocese of the Arctic in geographic size. It is one of the great historic missionary areas of the Anglican Communion and of early Canada with records dating back to 1780.
Address